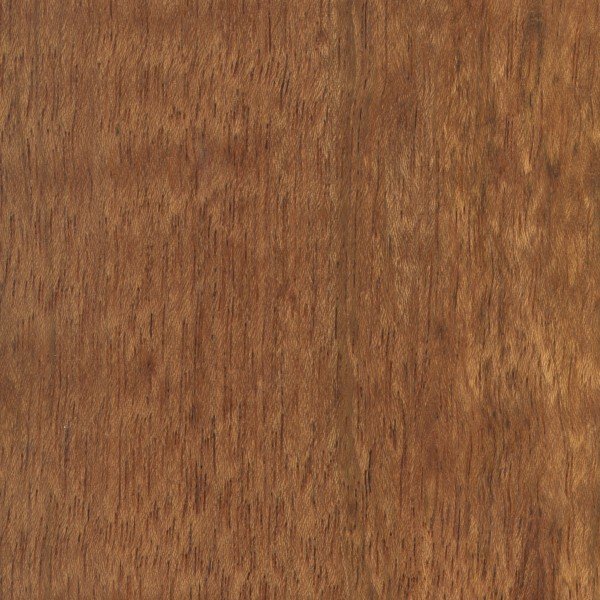 Uses: Guitar back and sides

The heartwood varies from a light orangish brown to a darker reddish brown, sometimes with contrasting darker grayish brown streaks. Its color tends to darken upon exposure to light. The sapwood is a light grayish yellow, clearly demarcated from the heartwood. Its grain is typically interlocked, with a medium to coarse texture and good natural luster. It is considered difficult to work with, due to its density and hardness, and has a moderate blunting effect on tool cutters. Jatoba glues, stains, turns, and finishes well. Also, responds well to steam-bending. Although it’s widely named “Brazilian Cherry,” (mostly among flooring sellers), it bears little relation to the domestic Cherry that is found in the US and Europe, except perhaps that its unfinished appearance closely matches the color of Cherry that has been aged/stained reddish-brown as seen on some interior furniture. For guitar building, it has all of the sound characteristics you would expect from a tropical hardwood.