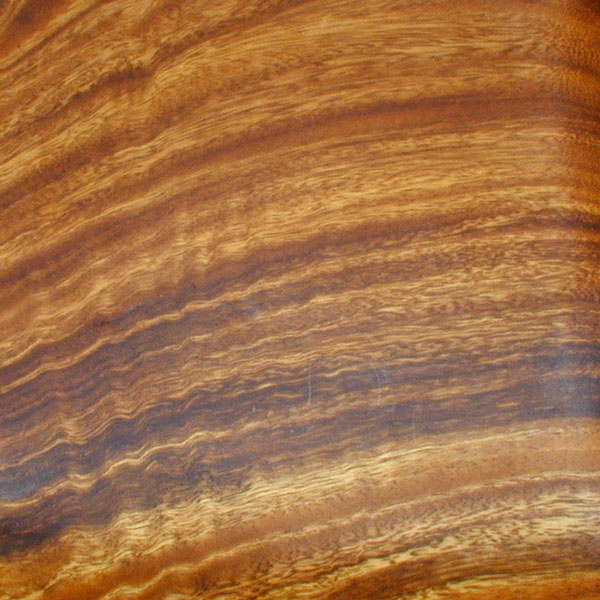 Uses: Guitar back and sides

Its ccolor tends to be from golden to dark brown, sometimes with darker streaks. The sapwood is usually thin and yellow or white and clearly demarcated from the heartwood. It is sometimes seen with highly curly figure or wild grain patterns. The grain is usually straight, but can also be interlocked or wavy. Texture is medium to coarse with medium to large open pores and a moderate natural luster. It is generally easy to work with both hand and machine tools; glues and finishes well. Monkey Pod or rain tree can be found all over America and also in some countries of Asia and Africa. It produces a pulsating, soft, round sound that remains clear at high frequencies, somehow like a mix of Koa and Mahogany. It may have in greater or lesser extent a particular pattern, so no two sets are alike.