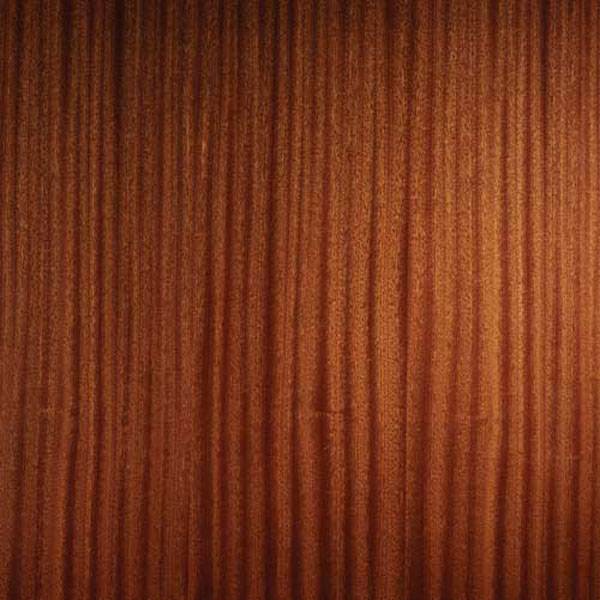 The heartwood can go from red to dark reddish-brown, usually with a purple cast.
On quartered surfaces the wood presents a well-defined ribbon striped figure.
The grain is interlocked or wavy and the texture is fine with a high golden luster. It has a cedar like aromatic odor when cut. It is stronger that African or American Mahogany and also than Red Oak. It is a good alternative tonewood sometimes mistakenly referred to as African mahogany, because it closely resembles the West African wood khaya, which is commercially known as African mahogany. Sapele is a highly sustainable and relatively fast-growing wood. Tonally it is close to Mahogany, perhaps with a brighter sound.