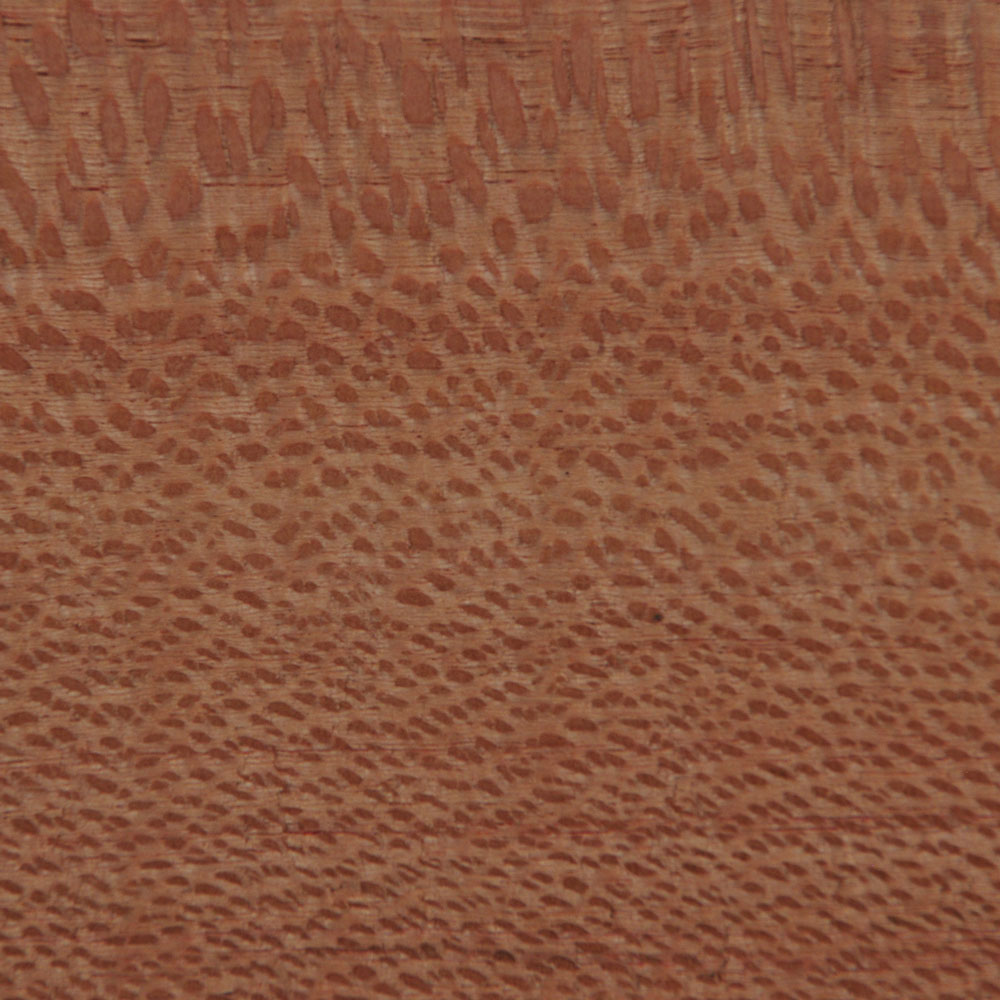 Uses: Back and sides and electric guitars bodies

Its color can go from light brown to reddish-brown with golden tones, exceptional iridescent qualities and unique grain pattern with beautiful rays that set this exotic hardwood apart from other woods. It is a fine grained hard wood similar to Sycamore and is commonly used for cabinet making due to its ability to accept a fine polish; this is an excellent choice for guitar building. Grevillea Robusta is often referred to as Silky Oak or Silver Oak, even though it is not part of the oak genus. It has its natural habitat in Australia, but has been introduced to subtropical regions around the world commencing in the mid to late 19th century and is widely planted in India, Sri Lanka, Central & South America and Africa.

Soundwise, as some respected builders have reported, it has a slightly more rounded attack transient, excellent bass/mid/treble balance and a very transparent midrange register.