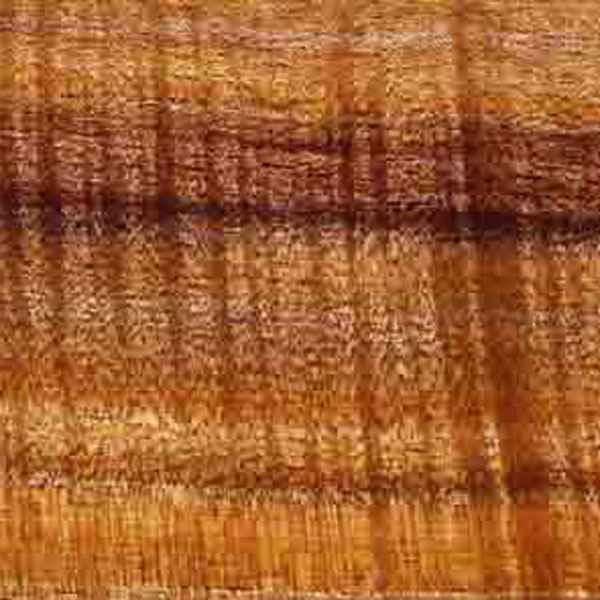 Uses: Guitar back and sides.

Its color can be highly variable, but tends to be medium golden or reddish brown, similar to Koa or Mahogany. There are usually contrasting bands of color in the growth rings and it is not uncommon to see boards with ribbon-like streaks of color. Boards figured with wavy and/or curly grain are also not uncommon. Stable and easy to work. It is distant cousin of Hawaiian Koa but, in the words of a lot of luthiers, Tasmanian Blackwood has more density and has a better tap tone than Koa. A really good alternative to Rosewood, with a punchy bottom end, warm woody tone and the mid and high end of a mahogany. It has been used with great success by some of the world’s most respected builders and is an all-around excellent tonewood well suited for various playing styles.